Line Messenger is saving its users with a new feature

Line Messenger is saving its users with a new feature 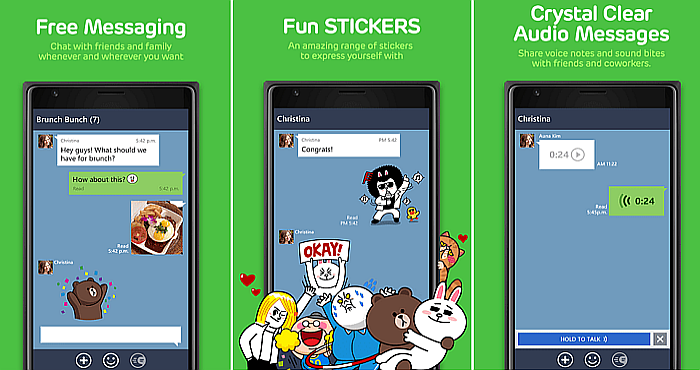 Started and owned by Naver Corporation in Japan since 2011, Line Messenger’s services have been a very popular medium, especially in a lot of Asian countries, to stay connected to friends and acquaintances thanks to its interface which is streamlined and has been optimized especially for smart phones. Line Messenger is a favorable, quicker, and easier way than emails when it comes to on the go written communications. But, just like about any other thing in the world, there is a down side to Line Messenger’s advantages.

Being as fast, as easy to use, as it is can and do cause new kind of problems. When a user, so effortlessly, can compose and send off a message in just a matter of seconds, it may take him or her a few more seconds to realize that this message was sent to the wrong person, for example. Even if you are being extra cautious about choosing the recipients of your outgoing messages, the streamlined correspondence that Line Messenger facilitates makes you more likely to send some hasty messages without thinking it through which could escalate an argument or make a bad situation even worse. The examples of regrettable messages can go on forever for sober users, let alone those of who have been drinking and find it not too difficult to text via Line Messenger.

Knowing the damage it can cause, Line Messenger added a new, life-saving feature that enables you to erase your mistakes and delete or un-send any content or text that you have send over the last 24 hours and may regret sending. The catch to this feature is, as mentioned, that your message has to be less than a day old in order for you to be able to delete it, otherwise, it is in the Line Messenger’s system forever.

Anyway, considering the fast-base of the online communication world, if it has been over 24 hours since your message has been sent, it probably means that the person to whom you’ve sent the message have already seen it and the effect has been done which makes no point in trying to delete it.

Line Messenger is celebrating the roll out of this feature with a campaign called “Black Friday”, which has nothing to do with the American Shopping event that takes place the next Friday to thanksgiving, where the messaging app invited users to send messages telling their stories about messages they regretted sending.

Posted in News Tagged with: app